7.4 magnitude earthquake shock the entire north India (New delhi, Uttar Pradesh, Rajasthan, Bihar,). People felt the high jerk in after noon around 12:35 PM. All started to go out from their houses. 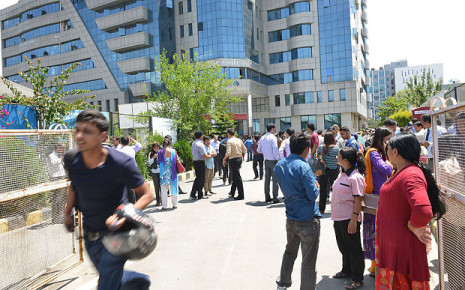 The center of the earthquake was same it was last time

Footage from Kathmandu airport showed scenes of confusion as the ground shock.

Hundreds of people running of out of Kathmandu airport. Scary shaking from aftershock #NepalQuake pic.twitter.com/XiIdB0BCCS